The Academic Staff Union of Universities has filed an appeal challenging the ruling of Justice Polycarp Hamman of the National Industrial Court Abuja which ordered the lecturers to call off their seven-month-old strike and return to the classrooms.

Counsel for ASUU, Femi Falana, SAN, based their appeal on 14 grounds.

The appeal which Falana made available on Saturday  was also accompanied by a request for a stay of execution on the ruling by Justice Hamman.

NIC had in a ruling that was delivered last Wednesday ordered the striking varsity lecturers to return to the classroom, pending the determination of a suit the Federal Government filed to query the legality of their strike action.

The injunction directing ASUU members to resume work followed an application the government filed through its lawyer, Mr. James Igwe.

Justine Hamman held that the order was both in national interest and for the sake of undergraduates in the country that had been at home since February 14.

Among the 14 grounds of appeal filed by the union through its counsel are, “the learned trial judge erred in law and thereby occasioned a miscarriage of justice when he decided to hear and determine the respondents’ motion for interlocutory injunction when he knew or ought to have known that the substantive suit filed by the claimant was not initiated by due process of law.

“The learned trial judge erred in law and thereby occasioned a miscarriage of justice when he granted the Respondents’ application for interlocutory injunction pending the determination of the substantive suit on the basis of the incurably defective Referral filed on September 8, 2022.

“The learned trial judge erred in law and occasioned a miscarriage of justice when he made an order remitting the case file backed the President of the National Industrial Court despite the order made earlier for the accelerated hearing of the substantive suit.

“The learned trial judge erred and occasioned a miscarriage of justice when he held, ‘On the requirement of the conduct of the applicants, I have seen that contrary to the submission of Falana, SAN that the Applicants have delayed in bringing the application because the strike started on the 14th of February, 2022, and that the urgency in the application is self-induced, it is obvious from exhibits ASUU 1 to ASUU 7 annexed to the counter-affidavit that parties have been negotiating in line with the requirements of the Trade Disputes Act till 1st of September, 2022 when the defendant/respondent wrote to the Chairman of the Committee of Pro-chancellors of federal universities.” 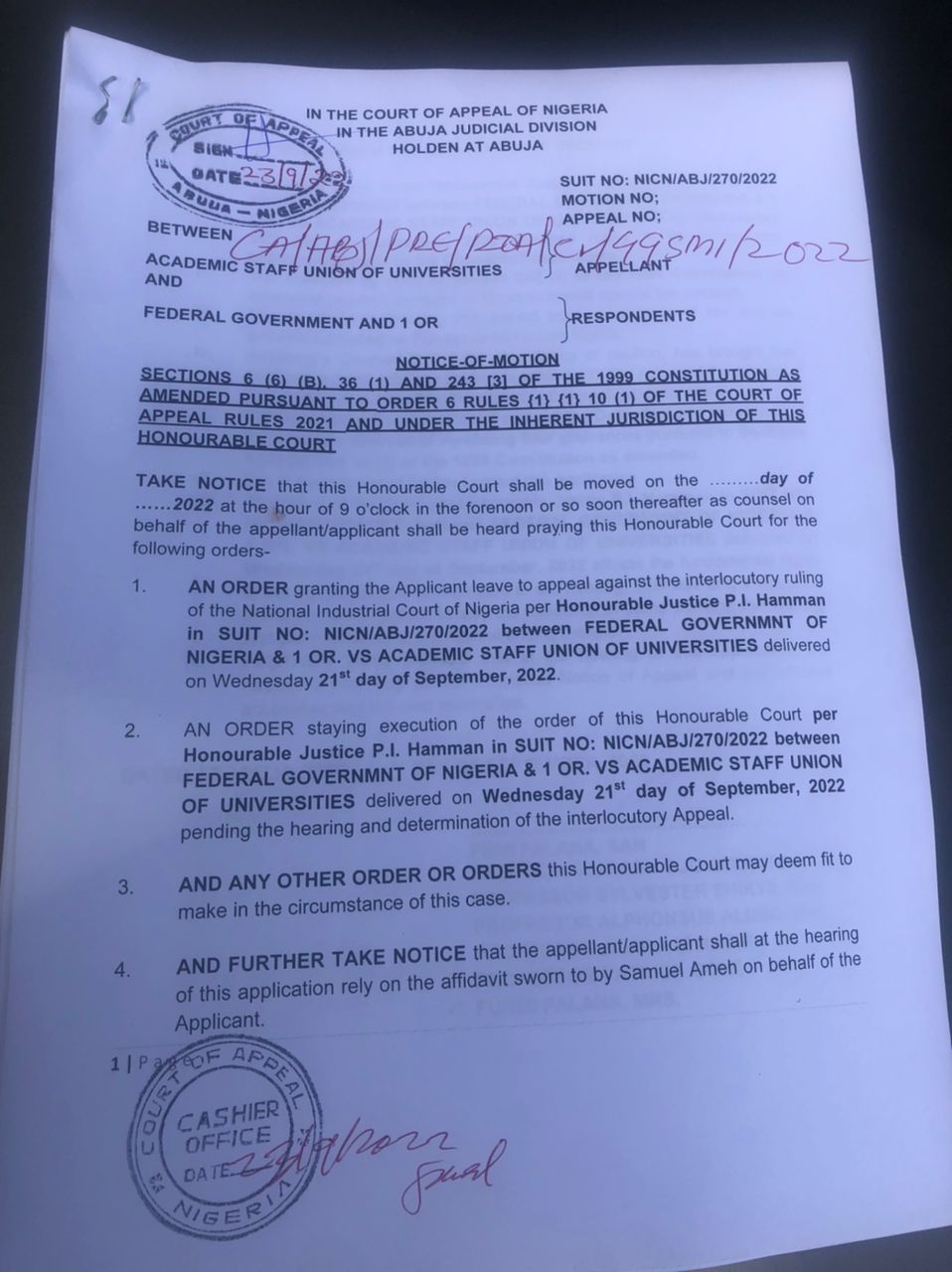 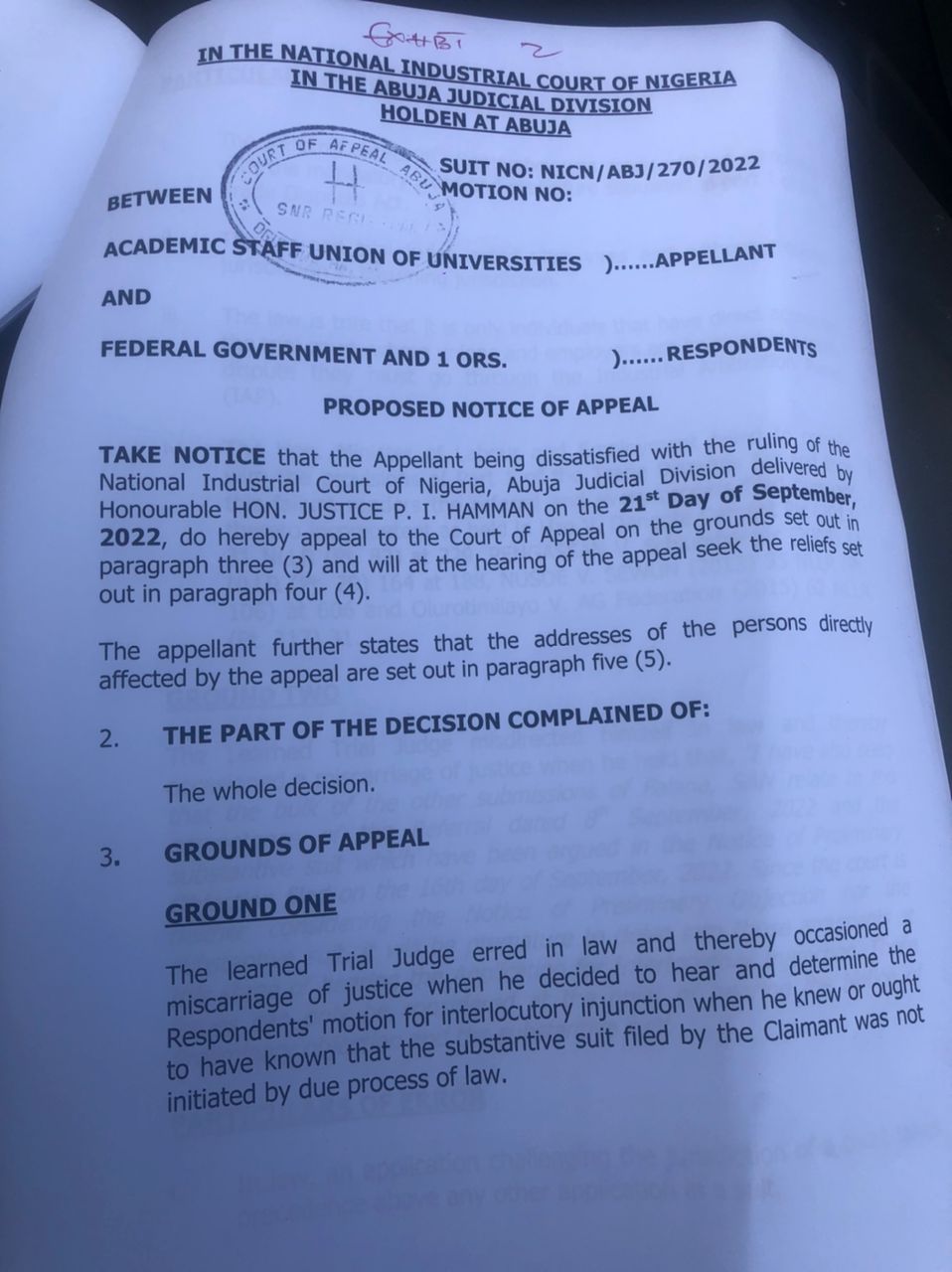 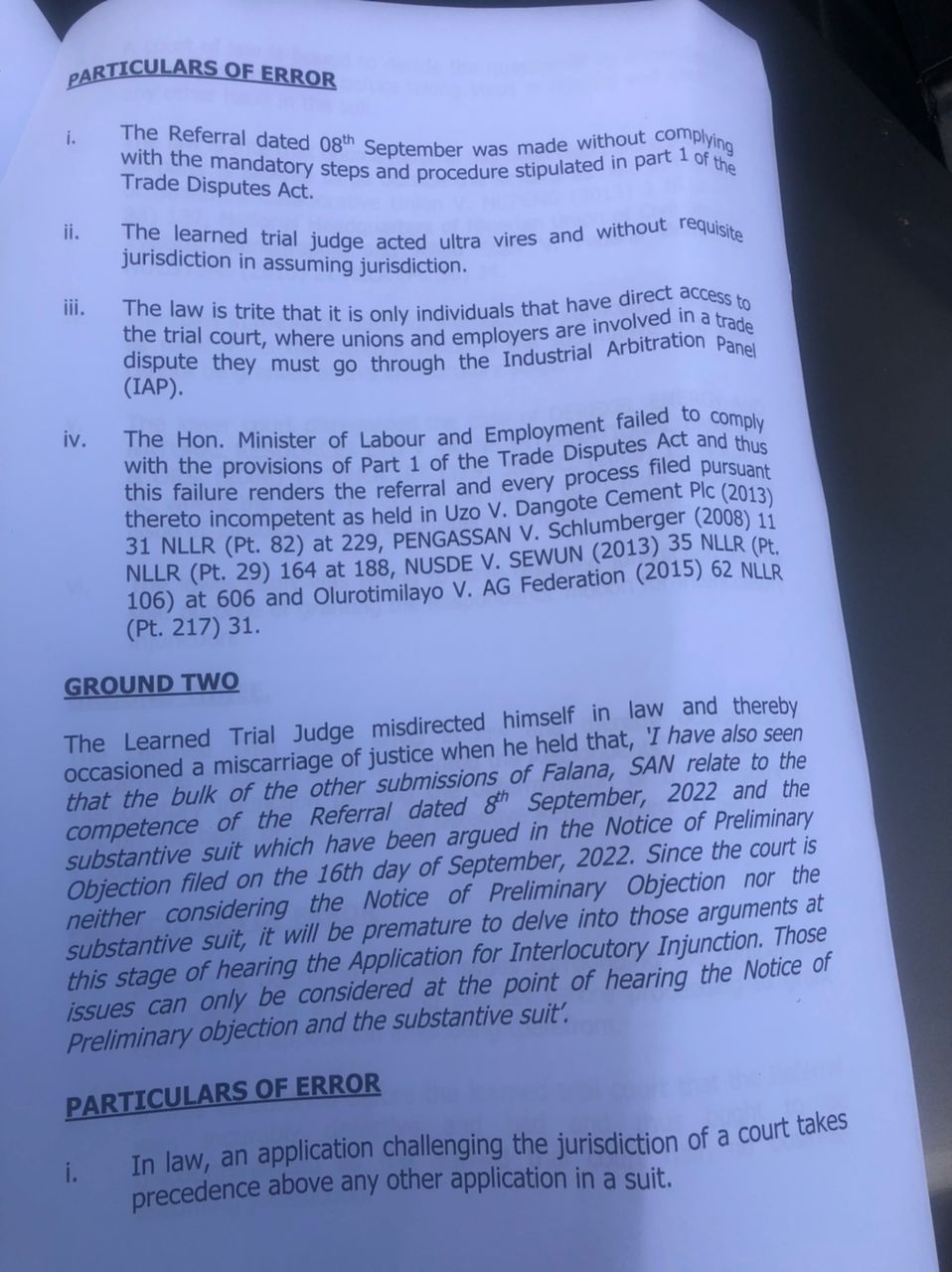 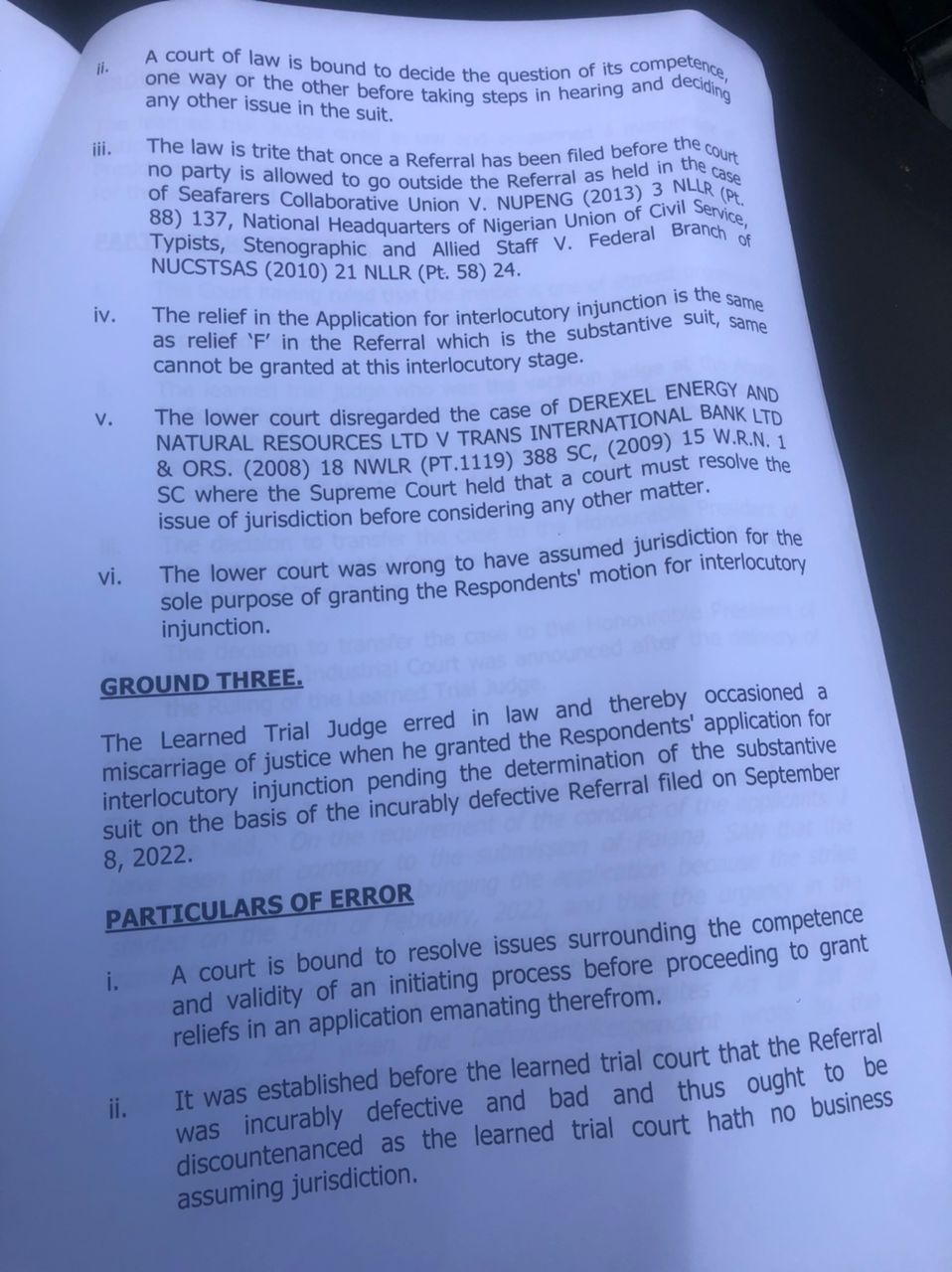 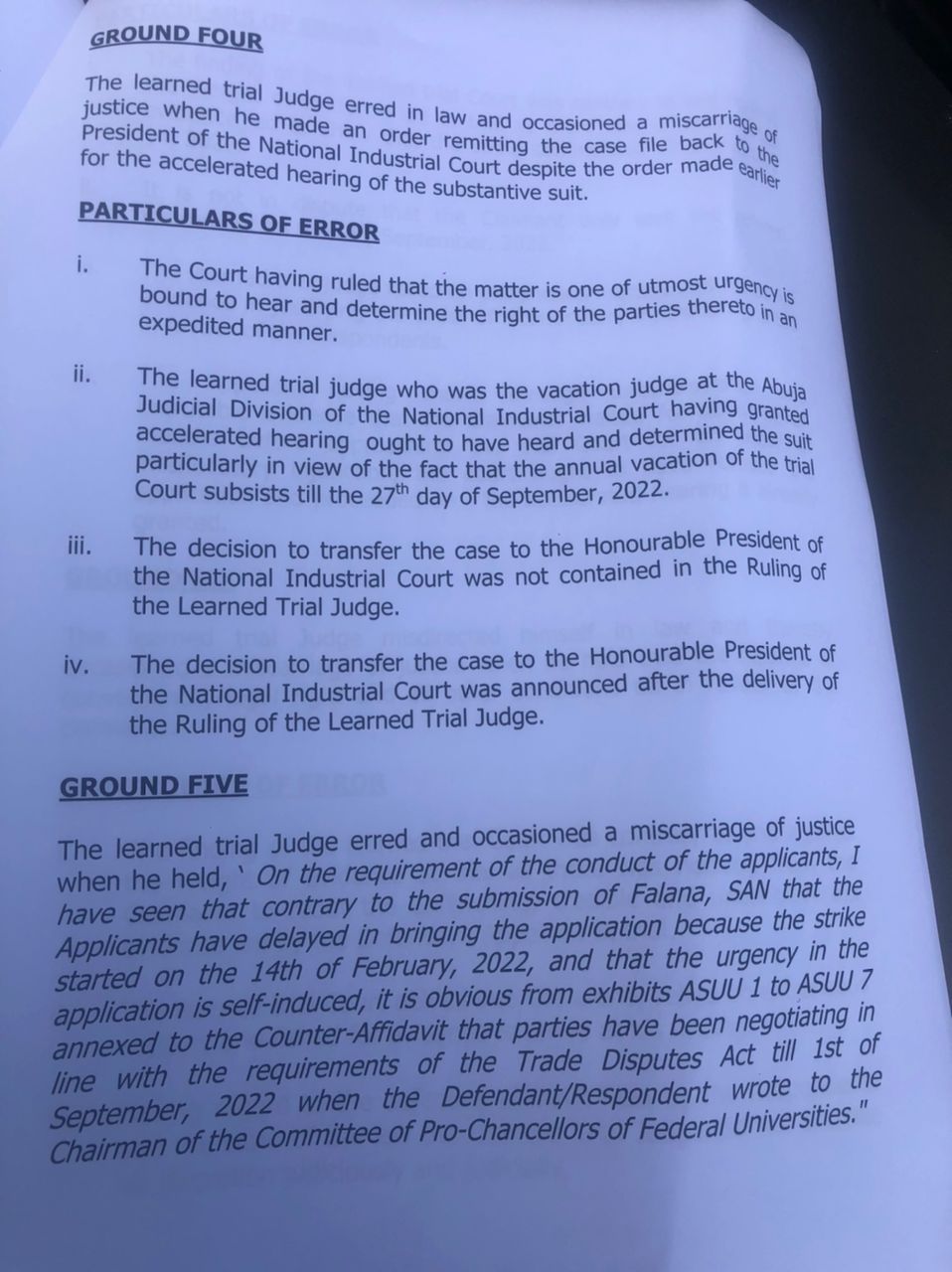 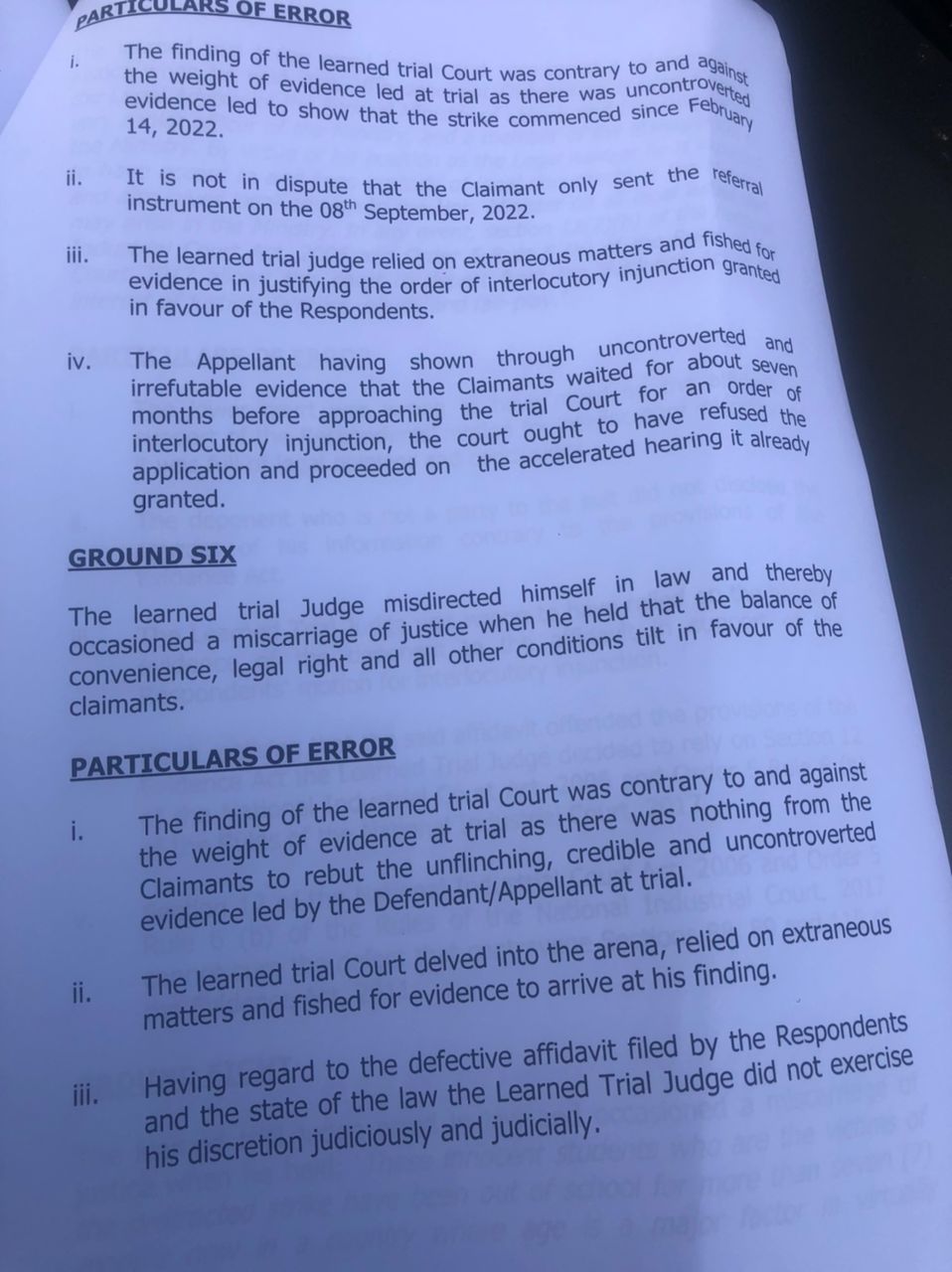 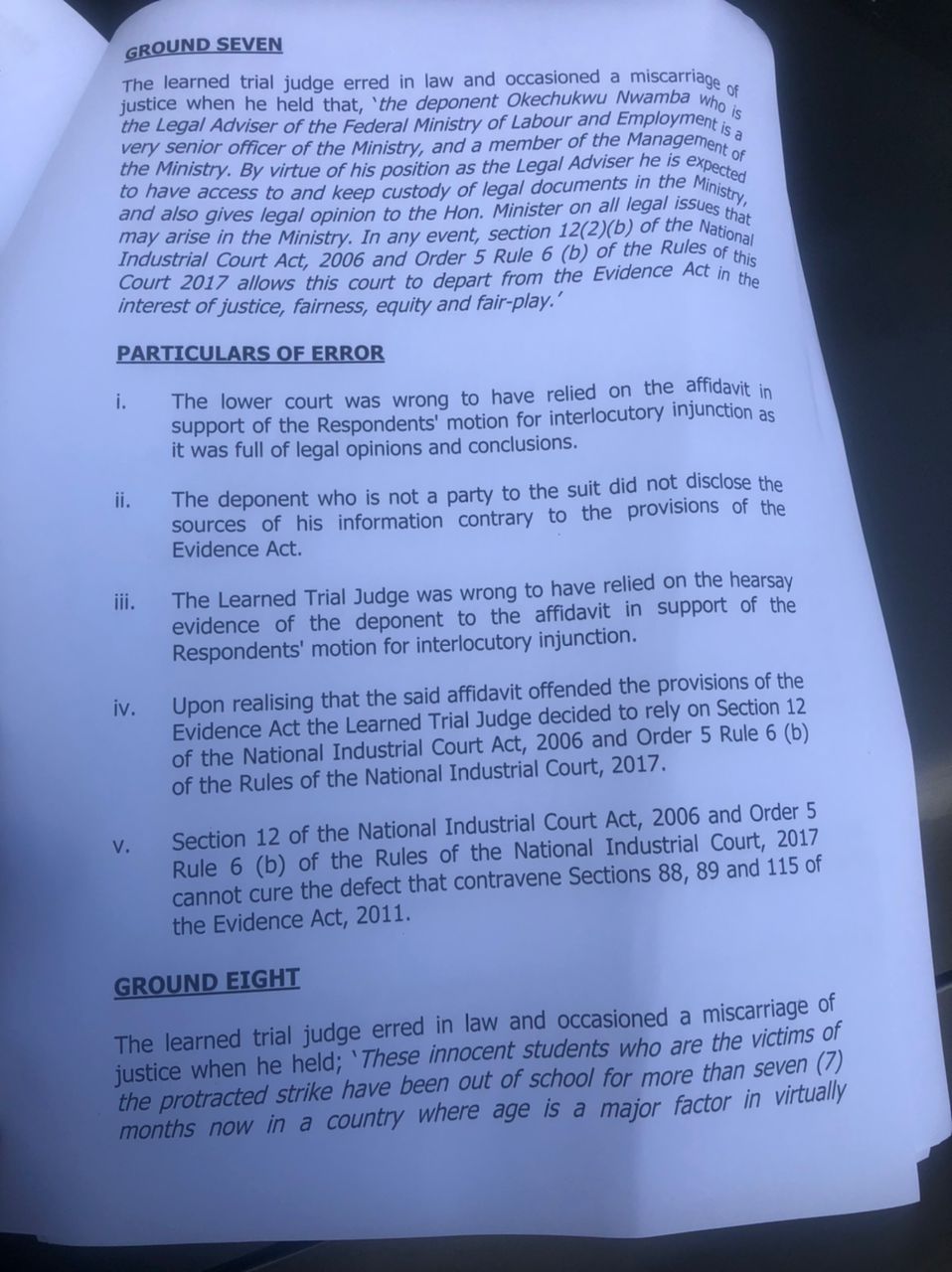 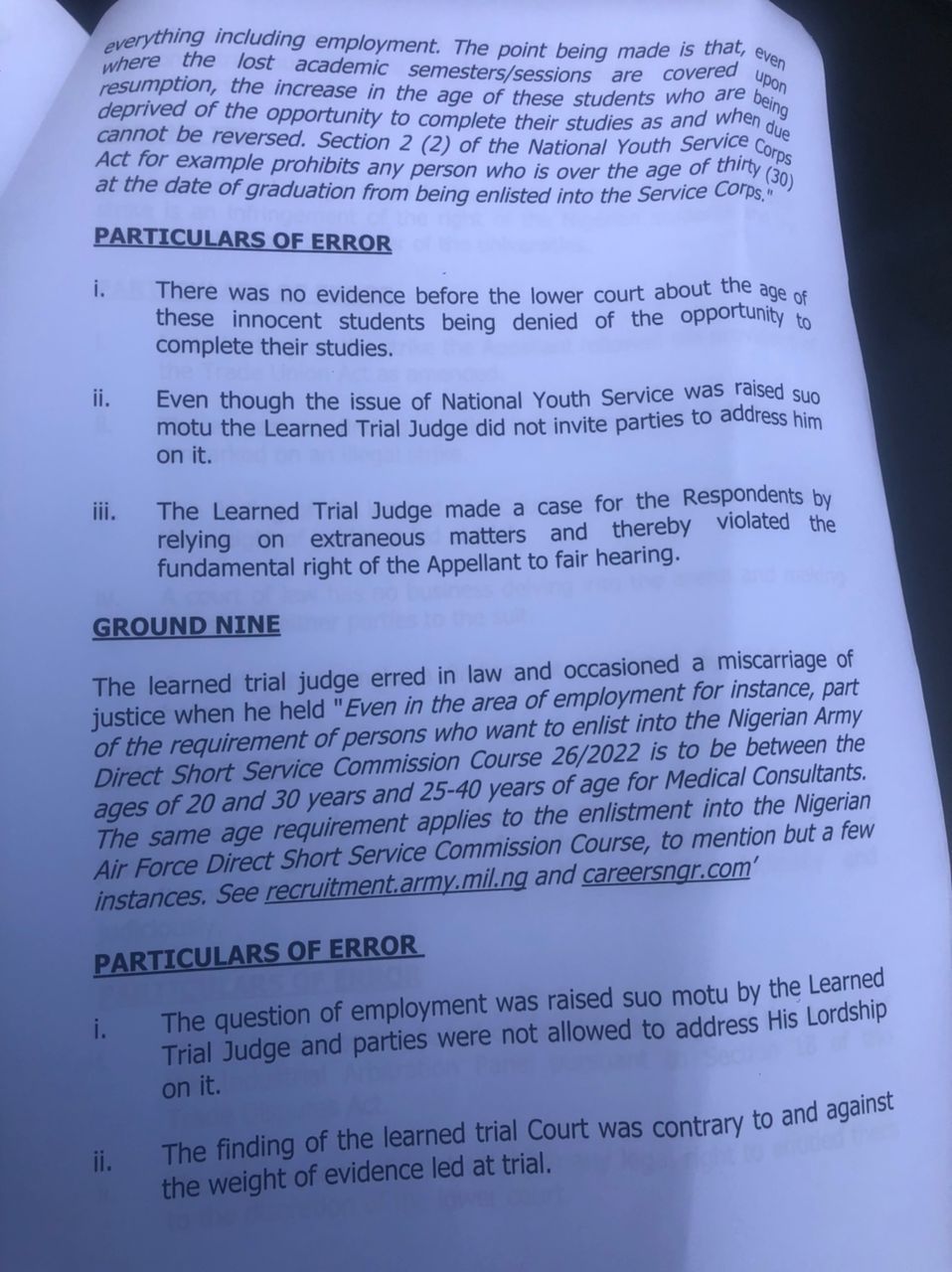 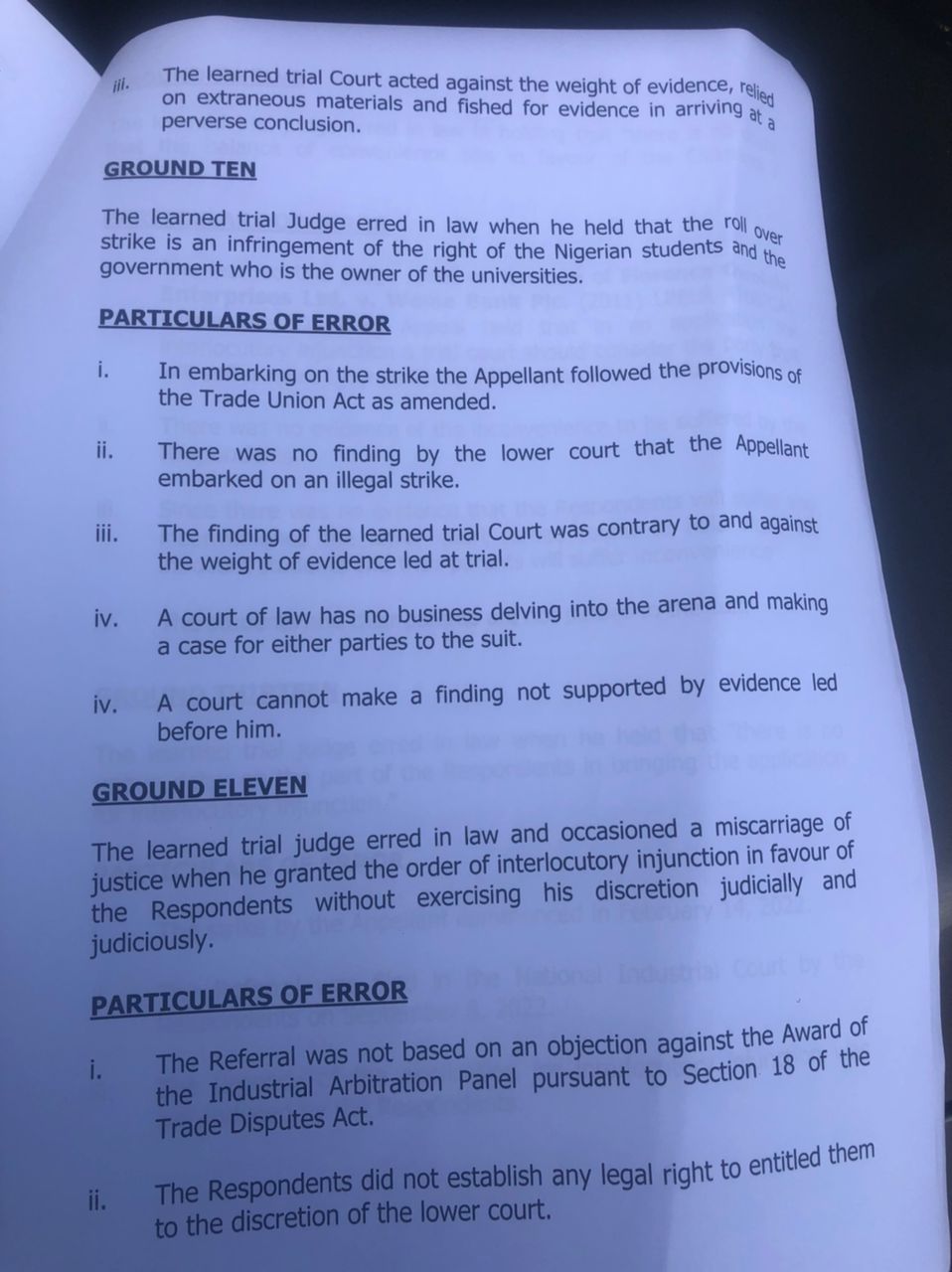 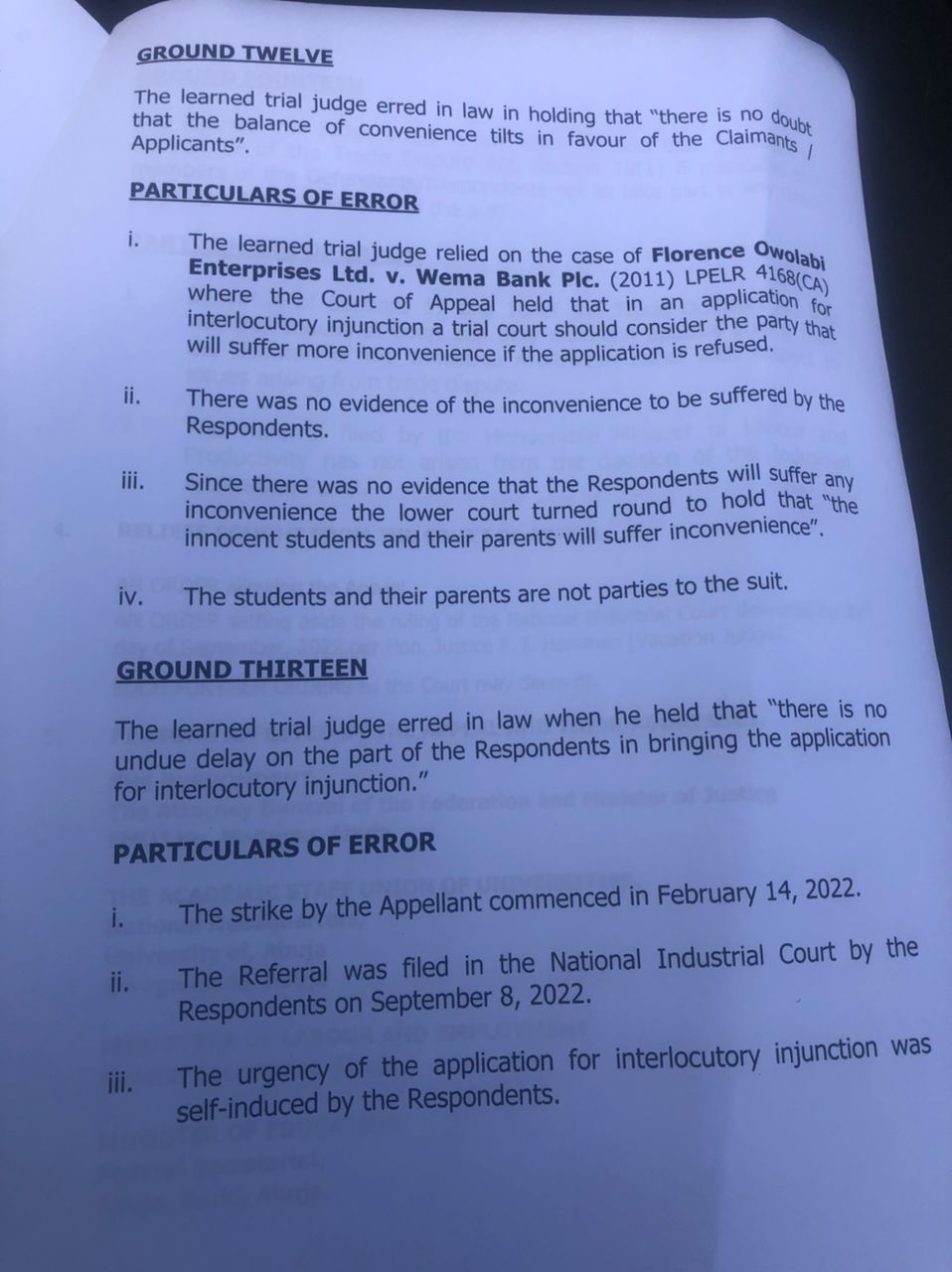 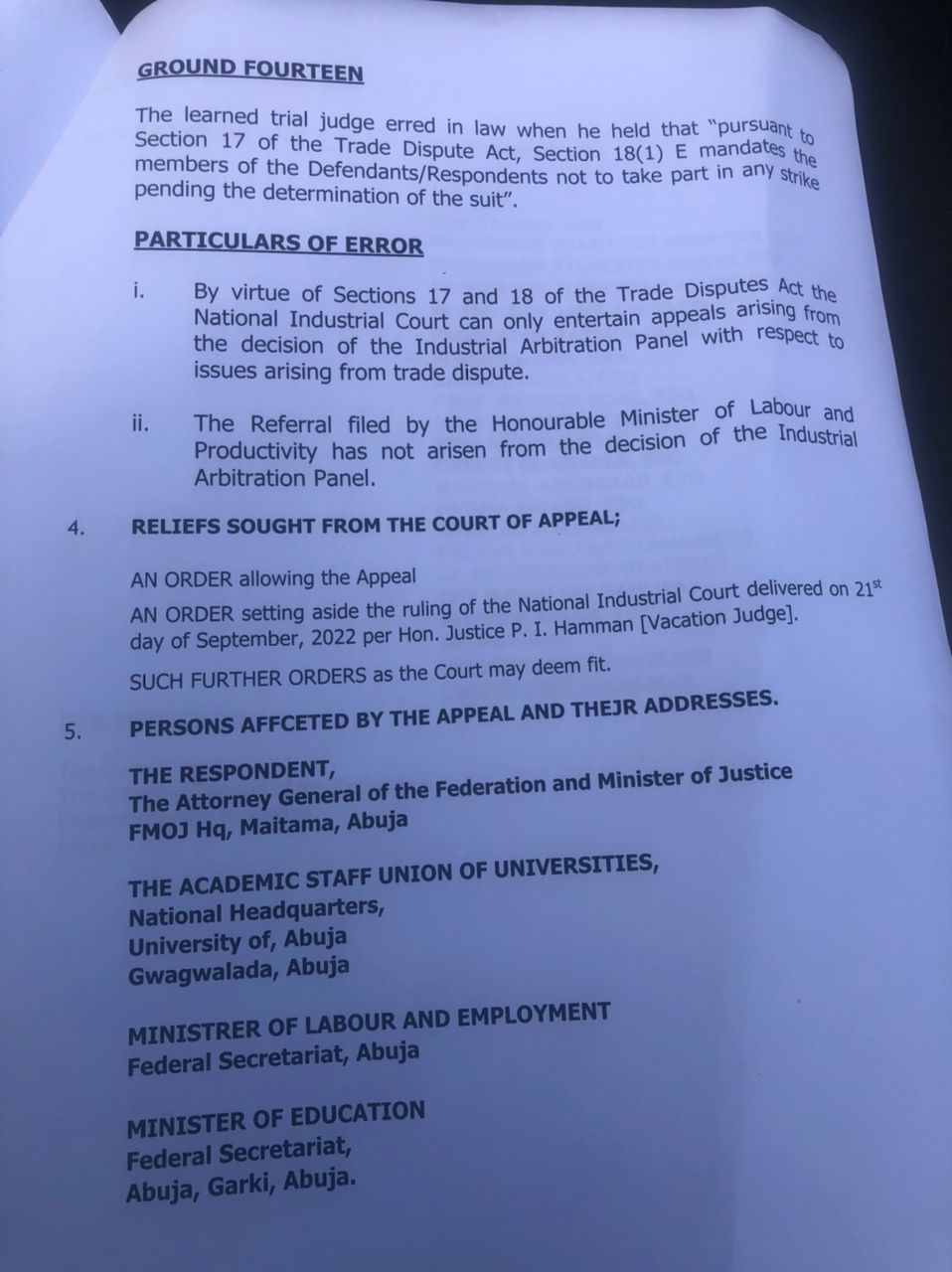 The Courts Must Nullify President Buhari’s Election On Grounds of Perjury...