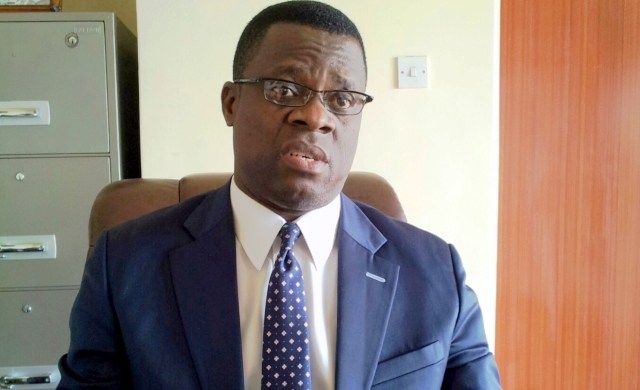 He advised the politicians to be wary as such was not permitted under the 2022 Electoral Act as amended.

Igini in a radio programme in Uyo, stressed that the only way one can be substituted according to the law is by withdrawal or death of the flagbearer.

Speaking on the rumoured emergence of former Minister of Niger Delta, Senator Godswill Akpabio as the APC Senatorial candidate for Akwa Ibom North West (Ikot Ekpene Senatorial District), Igini said such move was nothing but a “Nollywood fantasy.”

According to him,”By virtue of Section 31 of the 2022 Electoral Act, the only way somebody can be replaced in any form is through withdrawal by an individual or death. The law is not saying you should go and kill people so that you can have yourself on the ballot, the law is saying that those who have emerged at all levels up to the presidential level, you can decide that you are no longer interested. You can write an application signed by yourself, delivered to your party who will now deliver it to INEC, but nobody can shave the political head of another person in his or her absence.

“The report of the Akwa Ibom North West Senatorial District APC primary as submitted to INEC headquarters in Abuja is final. It is concluded. The train has left the station. The timeline is clear. All those who are in politics should go and study the 2022 Electoral Act very well. I hear people talking about substitution. If you look at Section 31 and Section 34 of the Electoral Act, those of you who are still carrying the old idea of the 2010, 2012 Electoral Act in your head, thinking you can substitute willfully, it is no longer so.

“Number two is only in the case of death. Even at that, there will now be a fresh primary. This is the new law. So what we are seeing going on is clearly a misnomer.”

The Commissioner added that a rerun can only be conducted among those who participated in the first Senatorial election of May 27, 2022, adding that the Senatorial primary for Akwa Ibom North West Senatorial District was neither canceled, nullified nor inconclusive as mischievously reported.

“The question is: Senator Godswill Akpabio, was he an aspirant on the list on the 27th when election for the Akwa Ibom North West Senatorial District was conducted? He was not there. We all know that he has been a presidential aspirant up to the last day of the APC convention in Abuja. That was what he participated in.

“To now say that an individual will conduct a primary for himself, by himself, won by himself, Oh my God! We are ridiculing our democracy. We are showing to the world that we don’t have a system. We are showing that we are a permissive society, that indeed the rule of law means nothing in our country. As at the time INEC report was written, Godswill Akpabio was not an aspirant. We didn’t write a report because of Akpabio as some people are just talking nonsense”, he declared.

Barr Igini said the clarification became necessary in view of some persons trying to bring INEC’s name to controversy and calling him names so as to demonize him for doing his job in line with the rule of law.

He stated that the INEC does not conduct party primary elections.

“All we do is just one percent. That one percent can be decisive in the sense that we cannot see something to be white in the morning and then in the afternoon it is black. Such a day will never happen in our lifetime in the service of our country,” he vowed.