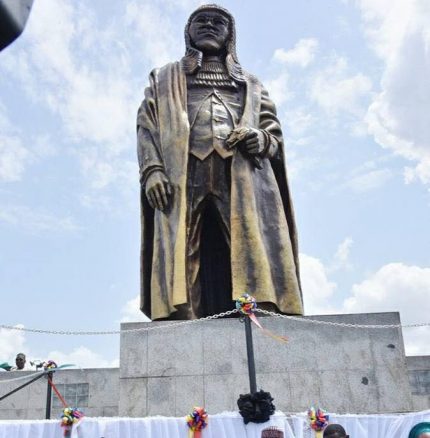 Ahead of the forthcoming general elections in the country, the immediate past Resident Electoral Commissioner, REC, for Akwa Ibom State, Barrister Mike Igini has written a letter to late Chief Gani Fawehinmi on free, fair and credible election as an indispensable tool for national development.

The former Independent National Electoral Commission REC also told the late human right activist that though some of his loyalists have abandoned the struggle he started for a just fair and equitable society where there will be an opportunity for all and responsibility for all, some of them have continued with the fight.

Igini in the letter sent on the 19th Annual Gani Fawehinmi lecture titled, “Free, Fair & credible election as an indispensable tool for National Development,” said that with the new Electoral Act, no more appearance and disappearance of collation officers.

He also informed the Chief that he put ten years as a REC in INEC and put in so much effort at the risk of his life to get the current electoral system to where it is at the moment.

He further told Chief Fawehinmi that he never surrendered those pristine principles and values that they have been fighting for but remained through to them throughout his stewardship.

The letter read: “Chief, even though in death and in Heaven with our creator, we continue to celebrate you every January because by your numerous fights for a just fair and equitable society where there will be an opportunity for all and responsibility from all, we are still not where should be but the struggle continues and be assured that we will not deviate even though a number of people who identified with you when you were alive have abandoned the ideals that you stood for and have embarked on revisionism and repudiation of the principles and values they once fought for side by side with you as followers.

“By your unwavering commitment to a better society you wrote an enduring law in the hearts of all you left behind. You will live for all times.

“This is to let you know that Nigeria is about to conduct a major General election by next month 25th February and 11th March respectively under a new electoral Act 2022 . As usual, the country is tensed up as we approach these elections.

“Chief, many politicians are not happy and agitated because the new Electoral Act if and when implemented fully will retire many of them from politics. We have blocked all known loopholes both statutory and procedural used for rigging election such that the electoral misfortune of the past will no longer be possible.

“The New Act has a total of 153 provisions out of which the lawmakers accepted 48 of 91 proposals that INEC sent that included some of those provisions you complained about when you were alive.

“They didn’t read very well and understood these provisions and how they returned power to the voters at the polling units where elections can only be won and lost and no longer at collation centres or courtrooms as you have always argued.

“As an update on one of the battles that you fought up to the Supreme Court (INEC vs Musa) and victorious for the expansion of Citizen’s participation through registration of parties, it may sadden you to hear disappointing that many of these new parties have become supporters club of the old parties.

“May l also inform you happily that the new Electoral Act 2022 has repealed those obnoxious election rigging provisions that you objected to repeatedly but replicated in all successive Acts. Those provisions in 2002, Act such as sections 40, 41 and re-enacted in subsequent, 2006, 2010, and 2011 Acts under different sections that politicians in connivance with INEC Ad hoc staff used to rig elections.

“We have also succeeded after 20 years of fight and struggle in repealing section 52 that prohibited the use of technology in our elections. We are now using a device called BVAS (Bimodal voters Accreditation system) and Transmit Polling Units’ results in real-time to IREV for the Nigerian people.

“This system is the new game changer that has brought unequal tremendous energy of integrity and of hope to our electoral process. This is the reason for the panic in the camp of election rigger across Nigeria.

ALSO READ   Part 2: Legal Practice Discourse Webinar on “Way Out of Slow Pace of Administration of Justice in Nigeria” is on Nov. 25, 2021, at 3pm

“Chief, more than any other time in the history of our country, there is an unprecedented level of awareness and consciousness by Nigerians about their power to use the ballot paper to change the story of the country for good. We have a total number of 94. 5 million registered voters, Nigerians are fired up, particularly the youths who are not smiling at all over the state of the nation.

“They constitute the highest voting demographic, they no longer play football during voters registration and collection of PVCs. They are gearing up to tell the world that they will make do with their promise to use their PVC come February and March elections and take over the country. We are hopeful they will make their promise.

“Chief, even those elites that have been so comfortable in the past that don’t register to vote but watch CNN during Election Day are no longer comfortable any longer. They are all even the place collecting their PVCs and mobilizing people to vote in the forthcoming elections.

“Chief may l quickly inform you that the BVAS is under threat from some of the politicians who have engaged our colleague’s lawyers hanging around in various Courts to secure an order from any willing judge who will be “settled” for life to get an order to stop its use in the forthcoming election.

“Just as you know before you left us, there is no guarantee that any of our colleagues in the Bench who is professionally, ethically and morally challenged will not willingly grant such order at the eleventh hour to stop the use of BVAS and Result upload. We remember how Justice Bassey lkpeme did same on the eve June 12 election.”

Continuing, he said, “After 20 years of struggle, we now have a new section 47 (repealed s.49) that removes completely discretionary power of presiding officer during Accreditation. This provision renders buying of PVC a wasted effort and the reason behind huge numbers of Pvc dumped in various parts of the country yet some other politicians are still ignorantly buying Pvc

“Similarly, a new section 51 that base computation of total votes on a number of Accredited voters and NOT a number of registered voters (repealed S. 53) used for massive thumb printing of ballot papers in the past. it took us 20 years to repeal this obvious section 53 that aided election rigging for this long period.

“The full implication of this new section 51 which is the reality today is that at the end of poll on Election Day, a New Register will emerge from each of the entire 176, 846 polling units only of those who actually showed up in person at the polling units and Accredited. In order words, the total number of registered voters is irrelevant but the total number of Accredited voters is.

“The provision of section 68 that you objected to when you were around that says any candidate declared the winner by a Returning Officer can only be challenged in court, that has been abused at every election has changed. We now have a new section 65 (2022 Act) that gives power to INEC within seven to review any declaration of a Winner of election outside due process. No more appearance and disappearance of collation officers

“Chief, I forgot to tell you that I was in INEC for a period of ten years as a commissioner and my tenure just ended in August last year. All those provisions that l mentioned above that you led us to fight to change that have been repealed now in the 2022 Act were the agenda l championed and pushed inside INEC with huge support from Civil society members many of who gathered here today January 15th to celebrate you.

“Chief, I put in so much effort at the risk of my life just as you did to get the current electoral system to where we are at the moment. I never surrendered those pristine principles and values that we have been fighting for but remained through to them throughout my stewardship. Nigerians can bear me witness.

“Chief, there are so many things to update you on about happening in Nigeria but for now we are preparing for the election and hopefully we will have a successful election in the next lecture in memory of you, we shall celebrate.”